US events pushing up gas prices 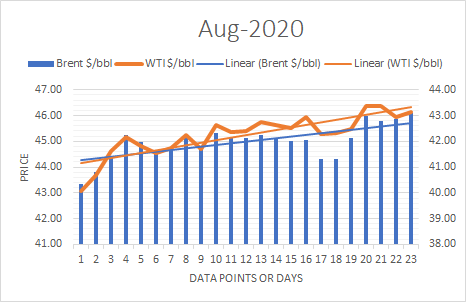 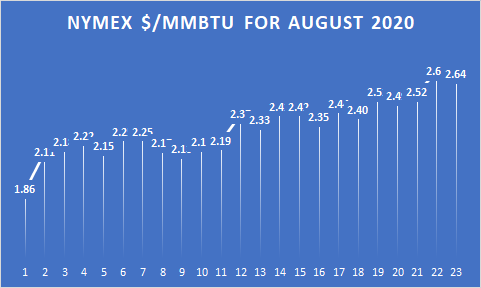 Between August 1 and August 31, Nymex gas price has increased by a whopping 42%.

The increase in gas price has come in the background of a sliding US economy in the April-June qtr.

This is not surprising in view of the significant decline in oil and gas rigs; compared to 904 rigs on August 30, 2019 the current number is 254 rigs as on August 28, 2020 (Source Oil Price.com). Consequent to the drop in rig count, oil and gas production has also come down, moreso because of closing of shale oil & associated gas producing assets.

LNG price indexation to HH too must have been impacted by the increase. Price of LNG out of USA continues to increase vis-a-vis pipeline supply in Europe, however, the LNG spot markets are showing an uptrend from a low of below $2/MMBtu to anything above $4/MMbtu for September-October delivery.

Asian spot LNG prices jumped to a multi-month high earlier this week, although they eased slightly towards the end of the week on expectations of more supply from the United States. The average LNG price for October delivery into northeast Asia LNG-AS was estimated at about $4.10 per MMBtu this week, up 40 cents from the previous week, but down about 10 to 20 cents from earlier this week. Prices for cargoes to be delivered in September were estimated at about $3.90 to $4 per MMBtu.