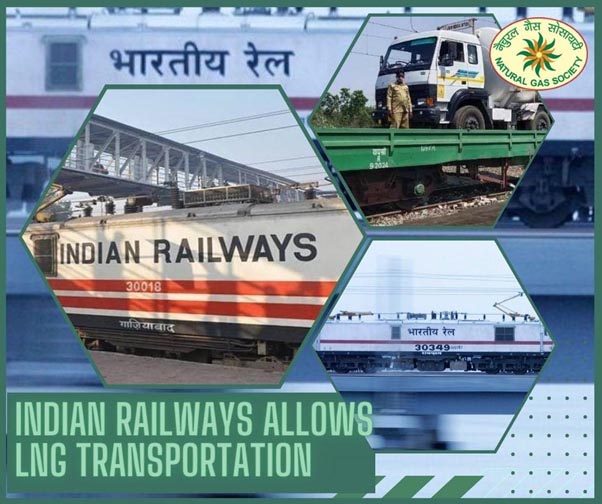 The Indian Railways has allowed the transport of liquefied natural gas (LNG) through its network, enabling cheaper delivery of the fuel to areas that lack pipelines. While this initiative will allow the ports to attract more gas shipments, it will also ensure delivery of the fuel at low costs to areas that do not have pipelines. Currently, the delivery of LNG is done by trucks. Now, the entire country opens up as a market for a company that has an LNG terminal with a railway siding said Ashish Agarwal, managing director of Seros Shipping &amp; Logistics, which operates India’s largest virtual pipeline network for LNG and CNG.

The move will boost ports that already have both natural gas regasification terminals and rail connectivity, allowing them to attract more gas shipments. LNG transport through rails Further, the transport of LNG through the rails will allow LNG import terminals in Gujarat and southern India to tap the entire domestic market.

Over 40% of geographical areas that have been bid out in the recent PNGRB City Gas Distribution (CGD) bid rounds, which do not have pipeline connectivity can be connected with the rail network. The move will also bring down the cost significantly. If one were to take a round trip distance of 500 kilometers from a Regasified Liquefied Natural Gas (RLNG) terminal, then transportation by rail would be cheaper by at least 30%, explained by Sh. Sanjay Sah, partner at Deloitte. This enables new options to reach geographical clusters not serviceable from RLNG terminals due to commercial constraints.

The Centre looked into many plans including a Roll on – Roll off service for rail transportation of LNG. The service entailed the use of trucks which would be driven onto rakes and then transported on the railway network. The trucks would then drive to their final destinations after the train arrives at the destination. This mechanism was used to transport liquid oxygen in cryogenic tankers during the Covid-19 pandemic. However, this method could not take off for LNG due to safety, feasibility and operational issues.