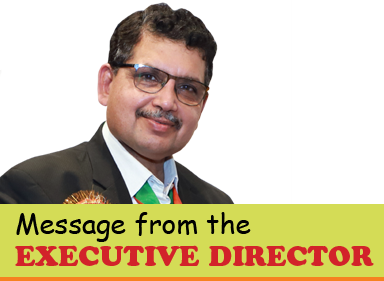 In spite of everyone being aware that in today’s era, all the parts of the entire globe are closely interconnected, the world has taken time to understand the hard way that it cannot do without Russian supplies of oil and gas. After all, there are only limited resources of these fossil fuels on this planet and in case of any supply disruptions, the shock waves can be felt across the world.

While Russia is curtailing gas supplies to European countries as an aftereffect of the worsening Russia-Ukraine conflict, it has led to a crisis in countries like Germany that rely for as much as 40 percent of their energy needs on Russian gas supplies. The gas shortage has also prompted a spurt in electricity prices as many power plants are gas-based. Reports from Europe indicate that hydroelectric power is in the doldrums owing to drought this year while nuclear power plants in France are running at half their capacity owing to technical maintenance issues. Europe today is in such a critical situation that it cannot do without gas and there is no easy alternative. Of course, it takes several years to build alternate supplies and there is no easy way out for Europe.

But Europe is hardly the only place that is struggling. The aim of crippling the Russian economy by imposing sanctions by the West has instead created a situation in which western countries themselves are facing a severe energy crisis. The resultant sharp rise in global gas prices has fuelled inflationary pressures in many countries.
So, where does India stand? India is a net importer of both oil and gas. It imports over 85 percent of its fuel requirements and with energy prices skyrocketing, India’s trade deficit is going off the roof which going forward would not be sustainable and is already building recessionary pressures.

In such a scenario, India first needs to ensure that it does not face any cut in its supplies of crude and gas, on which it is heavily dependent, at least as of now. Accordingly, it is trying to diversify its sources of oil and gas. In the last few months, there has been a substantial increase in the import of oil and natural gas from Russia due to the discounted rates being offered by them. The discounted rates are now being matched by lower offers from other countries as well like Iraq, its traditional supplier. The Government also wants to reduce its dependence on oil from West Asian countries especially Iraq given the volatile political conditions in the region. It plans to buy more from other countries like Canada, Brazil, Columbia, Guyana, and Gabon which are currently supplying small quantities to us. This way India will be able to ensure that its supplies are coming from diversified sources and not entirely stalled due to any adverse geopolitical developments.

Starting as early as possible, India also needs to redesign its energy mix. Currently, the primary energy mix in India is heavily dependent on coal and oil. While India has abundant coal, the oil which fuels as much as 27% of India’s primary energy, is mostly imported. Similarly, almost 50% of India’s natural gas requirements are met from outside.

Investing in innovative and cleaner energy sources would help India in not only reducing this dependence but also in switching to a greener environment. One area which is promising from this aspect is renewables. India being a tropical country has ample resources of solar, wind power, biomass, etc. Due to the constant attention of the government to renewables in the past few years, solar has seen tremendous growth and today almost 30% of India’s power is fuelled by renewable sources (including wind, biomass, etc). Complementing renewables with natural gas (as a backup solution) will further help in establishing renewables as a major source of primary energy in the country. We have, therefore, our feature story covering “Integrated Role of Renewables and Natural Gas: The Way Forward” in the issue of GSR. As always, we solicit your feedback on the same on email: ngs@ngsindia.org.

I, on behalf of NGS and on my own behalf extend my greetings to one and all for the forthcoming festive season and convey best wishes to all for excellent heath, prosperity and happiness.