Gas-based Plants May Get to Sell Power in Spot Mkt 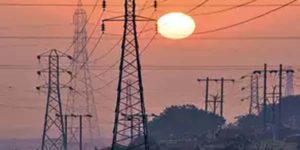 Subsidy scheme aimed at reviving projects worth 25,000 mw in the works

The government is considering a proposal to allow gas-based power plants to sell electricity in the spot market under a subsidy scheme.

We are contemplating if we can work out a mechanism where these gas-based power plants can also sell on power exchanges without depending on the power purchase agreements,” a government official said.

The proposed e-RLNG (re-gasified liquefied natural gas) scheme, being drafted by power and oil ministries as per the recommendations of a high-level empowered committee headed by cabinet secretary PK Sinha, is likely to require lesser than earlier projected subsidy due to softened global crude oil prices, the official said.

As per the proposal, the government is considering gas auction mechanism for the electricity generating units by pooling any domestic gas with LNG and subsidising the tariffs to revive about 25,000 mw projects, the official said.

The scheme is proposed to be run for two years beginning the current fiscal. It will be similar to the e-RLNG scheme run between 2015-16 and 2016-17 based on financial support from the Power System Development Fund.

The government had recently allowed power plants to use coal supplied by Coal India Ltd to supply electricity in short-term market.

Industry experts said RLNG price is hovering around $8 per mmbtu (metric million British thermal unit). In the previous rounds, the government had subsidised the tariffs at ₹5.50 per unit. The ministry, however, this time might stick to ₹4.24 per unit tariff that was discovered through its PPA auctions last year.

The government had launched an e-RLNG scheme in March 2015. The scheme was discontinued after two bidding rounds after the power ministry received aggressive bids from companies. Power companies have been demanding the government to restart the scheme as about 7,500-mw capacity is completely stranded while the rest is stressed.

Presently, the country has nearly 25,000-mw of operational gas-based capacity, all of which is stressed because of gas unavailability. Against total requirement of 117 mmscmd (million metric standard cubic metres per day), total gas supply in 2017 was 30 mmscmd.