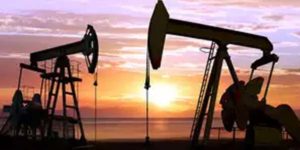 The Centre has nominated state-run GAIL to buy the gas output from Vedanta’s prolific Barmer block, which has recently begun pumping the energy resource after accounting for a fourth of India’s domestic crude oil production.

The block, which would produce up to 4 million metric standard cubic meters a day (mmscmd), must sell the output to an entity chosen by the government. The production sharing contract for the Barmer block gives the producer pricing freedom but not marketing freedom.

A long-drawn negotiation between GAIL and Vedanta hasn’t yet yielded an agreement, underscoring how hard it can be to settle on a rate in the absence of a widely acceptable domestic-market benchmark.

“We are in the middle of a productive commercial discussion, which will enable all stakeholders to optimise revenue, investment, and production. We cannot, however, comment on speculation about commercial discussions since these are confidential,” Vedanta said in an emailed response to ET’s query.

People familiar with the negotiations said there was a yawning expectation gap between the two parties as the seller has been demanding a rate equal to that of imported liquefied natural gas (LNG), while the buyer favours the domestic formula price or a reasonable margin on top of the cost of production. For producers and buyers, there are at least five gas price reference points in the country.

A domestic formula price of $3.36 per million metric British thermal unit (mmBtu) applies to most gas produced in the country. Then there are the following: The maximum rate of $7.67 for gas from difficult fields, prices discovered in limited auctions for gas that is difficult to extract, imported LNG rates, and economically viable rates submitted in field development plans (FDP) by producers.

In their FDPs submitted to the upstream regulator, producers mention the price at which developing a field would be viable. These prices are rarely publicised and so are less likely to become the basis of negotiations between a producer and buyer.

Producers demand higher rates equal to that of imported LNG, pointing out that the rising local appetite for LNG shows consumer willingness to pay a higher price. But buyers say high prices can dent local demand for gas and hurt industries.

The right comparison would be between well-head prices in India and overseas, and not with imported LNG since import involves heavy additional cost of liquefaction, transport and regasification, executives at gas consumers say. Natural gas spot rate at the Henry hub was $3.11per mmBtu for January, slightly less than the local formula price.