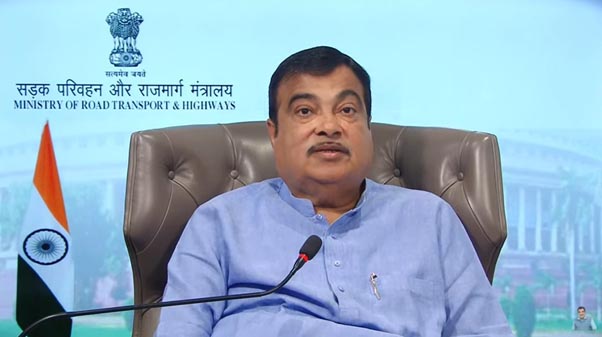 Union Minister Sh. Nitin Gadkari said the future fuel of the country is Liquefied natural gas (LNG). Along with this, he also informed in an interview on Tuesday, April 26, that the Ministry of Road Transport and Highways (MoRTH) will encourage flex engines for the future, which can run 100% on bio-ethanol.

Sh. Gadkari’s comments come amid a steep rise in fuel prices across the country. The oil ministry has reportedly not made any fresh allocation of natural gas from domestic fields to the city gas sector, sending CNG and piped cooking gas prices to record highs.

He also spoke about the measures taken by the Centre in the wake of recent electric vehicle (EV) accidents resulting in deaths and severe injuries to people.

During an interactive session, Sh. Gadkari reiterated that companies may take advance action to recall all defective batches of vehicles immediately. He urged companies to take advance action to recall all defective vehicles, even as he said there is some problem with EV batteries when the temperature rises in the months of March, April and May and according to him, he feels that it (electric two-wheelers catching fire) is a problem of (high) temperature.

Last week, Sh. Gadkari, who is known for his frank views, had said that the companies found negligent will be penalised and a recall of all defective vehicles will be ordered after receiving the report of an expert panel that has been formed to enquire into the matter.

The government had ordered a probe last month after an e-scooter launched by ride-hailing operator Ola’s electric mobility arm caught fire in Pune.