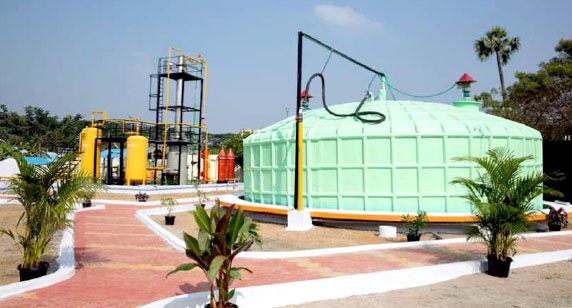 Indore district administration on Wednesday, Feb 16, finalized its preparations for the inauguration of Asia’s biggest Bio-CNG plant, which will be virtually inaugurated by Prime Minister Narendra Modi on Saturday.

According to senior administrative and IMC officials, Swachh Mission Bharat (SBM) directors of all the states will attend the event, in which the Prime Minister will virtually inaugurate the Bio-CNG plant of 550 metric ton capacity.

The chief minister Shivraj Singh Chouhan will mark his presence in the event to be organized at the trenching ground, which earlier used to be a dump yard of the garbage but now, IMC has set up Asia’s biggest bio-methanation plant.

“The plant has been set up on waste-to-wealth concept of the Prime Minister, where in, biogas will be generated through wet waste” IMC commissioner Pratibha Pal said, adding that the plant will process 550 MTD wet waste will generate 17,500 KG biogas and 100 ton high quality compost. The central government has invested Rs 150 Crore to set up the facility. “50% of biogas will be provided to run public transport vehicles at less than Rs 5/KG than the market rate while remaining gas will be made available for different industries” she said.

The company, which has established the plant, will also pay IMC around Rs 2.5 Crore as premium for next 20 years. For the inauguration ceremony of bio-CNG plant, IMC will erect a big stage along with a tent while there will be separate sitting arrangements for public representatives, senior officials and public as said initiative is stated to make a major contribution in Indore’s cleanliness crusade.