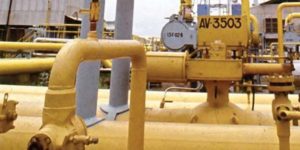 Given the cost of the pipeline project at around Rs 9,300 crore, the viability gap funding will be more than 50%.

The 1,600-km Indradhanush Gas Grid connecting the north-eastern states will get Rs 5,000-crore funding from the Centre. The Cabinet is likely to clear the proposal soon, according to sources.

The gas grid will be developed by a joint venture of GAIL (India), ONGC, Indian Oil, Oil India and Numaligarh Refinery. Earlier this month, Prime Minister Narendra Modi laid the foundation stone of the grid at Guwahati. The grid aims to cover and connect the entire north-east with natural gas pipeline and is expected to be completed in the next five years.

Given the cost of the pipeline project at around Rs 9,300 crore, the viability gap funding will be more than 50%. In comparison, assistance given to the 2,539-km long Urja Ganga pipeline project connecting the eastern part of the country was 40% of the total cost.

The Indradhanush Grid will be connected the country’s main grid through a pipeline which will bring natural gas from Barauni to Guwahati. The capital city of Assam will then be connected with some of the main cities in the north-east, including Itanagar, Dimapur, Kohima, Imphal, Aizwal, Shillong, Agartala, Silchar, Gangtok and Numaligarh through three pipelines. The project aims to provide piped natural gas to households and liquefied natural gas for vehicles.