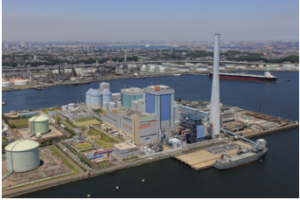 The Japanese government is moving ahead with its plans to build up to 45 new coal fired power stations.

The power plants will utilise high energy, low emissions (HELE) technology that use high-quality black coal.Japan is the largest overseas market for Australian coal producers, taking more than a third of all exports.Tom O’Sullivan, a Tokyo based energy consultant with Mathyos Global Advisory, said in the wake of the Fukushima nuclear disaster in 2011, Japan started importing more LNG from Australia.But he said the move to more coal fired power was because coal was cheaper than LNG, and the energy security was priority for the government.”Japan needs to import 95 per cent of all its energy sources,” he said.”So it’s trying to diversify its fuel sources and it doesn’t want to be too reliant on any one market.”Japan has ratified the Paris Climate Agreement and committed to a 26% reduction in carbon dioxide emissions by 2030.But Mr O’Sullivan said Japan was yet to price carbon emissions.”Although Japan spent $US36 billion dollars on commercial solar power last year, and is planning much more, there is no carbon price,” he said.”So at this stage there is no incentive to not build coal fired power station, unlike other countries and states that can have a price as high as $US35-40 per tonne of carbon dioxide emitted.”There are a number of different types of HELE power station technologies. In Australia, the CSIRO has been working on different programs to further the use of them.The Minerals Council of Australia and the Federal Government are on the record saying HELE coal fired power plants produce half of the emissions of traditional plants.But David Harris, a CSIRO research director in the Low Emissions Technology Department, said it was not as straight forward as that.”The average global efficiency of existing power plants now is probably less than about less than 34 per cent,” he said.”If we could raise that global average to around 40 per cent, that’s equivalent to removing two gigatons of carbon dioxide a year.

“That’s the same as the entire emissions produced in India in 2014, and that’s a massive saving

“But for individual power plants, it would depend on what [levels of carbon dioxide emissions] you started with before changing it to a high efficiency plant.”So it really does depend on the type of technology used and the level of emissions in the existing plant.”

Natural gas prices in the U.S. may tumble about 40 percent if President Donald Trump’s feud with Mexico turns into an all-out trade war.Prices could slide to $2 per MMBtu or lower if U.S. gas exports to Mexico by pipeline are halted, according to Tudor Pickering Holt & Co. and Again Capital LLC. While analysts with those companies don’t anticipate a complete cutoff, they’re watching closely for signs of disruption to the shipments, which accounted for as much as 5% of U.S. production of the fuel last year.Trump’s push to impose a 20% tax on imports from Mexico to pay for a border wall is threatening to reverse a shift toward stronger alliances between the U.S. and its southern neighbor. The nations’ economies have become increasingly intertwined as crude oil and gas from U.S. shale basins flow south to feed power plants and factories in newly-deregulated Mexican energy markets.“You could easily talk about dropping to the $2 area for sure or below that,” John Kilduff, partner at Again Capital LLC in New York, said in a telephone interview Monday. He sees a 40 percent chance of a trade war occurring.The U.S. is sending a record amount of gas south of the border, with exports via pipeline topping 4 billion cubic feet a day in August through October, based on the most recent data from the U.S. Energy Information Administration. Mexico also became the largest importer of liquefied natural gas from its northern neighbor, receiving eleven cargoes from Cheniere Energy Inc.’s Sabine Pass terminal in Louisiana since early August, according to ship tracking data compiled by Bloomberg.The energy links between the countries are poised to deepen, with pipeline flows set to rise by almost a billion cubic feet a day this year, Alex Tertzakian, an analyst with Energy Aspects Ltd. in London, said by e-mail Monday. Pipeline projects including Energy Transfer Partners LP’s San Elizario Crossing are seen boosting export capacity by 4 BCFD in the first half of the year.Even without a trade war, the Trump administration’s promised overhaul of trade and economic ties could hurt the U.S. gas industry by slowing Mexico’s gross domestic product growth, James Brick, principal analyst of North American gas with Wood Mackenzie Ltd. in Houston, said in a phone interview Tuesday. U.S. gas prices would slide by about a dollar if all pipeline exports to Mexico are stopped, leaving the U.S. market awash in supply and forcing drillers to cut production, said Brandon Blossman, managing director at Tudor Pickering in Houston.“It’s certainly a question mark, but I don’t think investors believe it will happen,” Blossman said. “Exports going away would be a big surprise to the market. It would be a struggle to understand who would win if that trade didn’t continue.”

Russia’s energy giant Gazprom asked the Russian government in 2016 to take steps aimed at partial liberalization of natural gas pricing in the country, local media reported Friday.Gazprom CEO Alexey Miller sent a letter to Russian Prime Minister Dmitry Medvedev in August 2016 saying, talking about the company’s plans to start new “export-oriented” projects in cooperation with Shell, the Russian Kommersant newspaper reported.According to the newspaper, Miller said in the letter that “the foreign partner” proposed to link the implementation of joint projects, such as the Baltic liquefied natural gas (LNG) plant and the third stage of the LNG plant in Sakhalin, to the global hydrocarbon prices, but not to the regulated price, as the country’s legislation prescribed.The proposal to partially deregulate the gas prices was reportedly made to share both the risks and the revenues that could emerge as a result of changes in global oil prices.