India must step on the gas 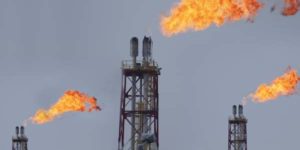 If oil prices can be market-linked, so can gas. A shift would spur output and reduce energy imports

At the Petrotech 2019 conference earlier this month, India’s vision for increasing the share of natural gas in the country’s primary energy mix  from about 6 per cent currently to 15 per cent by 2030 was much talked about. The global average is about 24 per cent and India seeks to aggressively increase the use of natural gas  a fuel considered cleaner than coal and oil, the major primary energy sources in the country today.

The government highlighted its initiatives towards this goal — an investor-friendly exploration regime to boost domestic production, setting up more gas import terminals, expansion of the national gas grid, an the push to increase city gas distribution (CGD) networks across the country.

While the moves to shift towards a gas-based economy are welcome, the target seems rather ambitious, given the unflattering ground realities and challenges ahead. Despite several statements-of-intent in the past, the contribution of natural gas in the country’s energy mix has, in fact, decreased, not increased. From more than 10 per cent in 2010, the share of gas declined to 6.6 per cent in 2014 and further to 6.2 per cent in 2017, shows a study by consultancy McKinsey & Company.

The study also shows that despite high latent demand, gas consumption in the country actually fell, from 162 mmscmd in FY 2011 to 145 mmscmd in FY 2018. Only the CGD sector showed a sharp rise in consumption; fertiliser and refining consumed marginally more while there was a deep cut from the power sector.

The major reason for this overall dip is the sharp fall in domestic gas production — from 126 mmscmd in FY 2011 to 71 mmscmd in FY 2018  and its increased substitution by imported gas (liquefied natural gas)  from 36 mmscmd to 74 mmscmd. The cost of imported gas is often not viable for many consumers such as gas-based power plants, several of which have been idling away.

Experts point out that the share of gas in the energy mix is high in countries that have abundant domestic gas and where power plants run extensively on the fuel; this is not the case in India so far. Weak consumption has, in turn, led to patchy gas infrastructure growth in the country with many pipelines being held up or cancelled due to lack of financial viability. This has contributed to the lopsided infrastructure development so far, with the west, mainly Gujarat, and the north having the chunk of the pipelines; two-thirds of the country lags behind.

If India is to take meaningful strides to increase its share of gas in the energy mix, it is imperative to ramp up domestic gas output. For this, remunerative, market-linked price is essential to encourage investments in what is essentially a high-risk business with no guarantee of success.

Domestic gas pricing has traditionally been a vexed issue with several sub-optimal, arbitrarily-fixed prices for gas from different sources and vintages — most domestic gas currently sells for less than $4 an mmbtu, far less than the price of imported gas. This has contributed, in no small measure, to the decline in gas output in the country. Over the past few years though, the government has been taking corrective steps.

Under the new Hydrocarbon Exploration Licensing Policy (HELP), it has given marketing and pricing freedom in the three Open Acreage License Programme (OALP) auctions and two Discovered Small Fields (DSF) auctions so far. In another significant move last week, along with other incentives, it granted marketing and pricing freedom to new gas discoveries whose field development plan is yet to be approved, and for discoveries in unexplored and unallocated areas.

These are measures in the right direction. But the government would do well to also move quickly towards market-linked pricing freedom for gas from discovered and producing fields, instead of subjecting them to arbitrary formula-linked pricing, as is the case currently. There could be more scope to increase output quickly from discovered and producing fields, if the price is right, than from new fields where there is always the risk of long delays and failure despite fiscal incentives. A gas-well in hand could be worth many in the bush. Plans to develop a gas trading hub could help optimise market price discovery.

When oil price can be market-linked, there is little reason why gas price can’t be. It’s time to put behind the ghost of disputes such as those with Reliance Industries. It was the gas pricing dispute between the Ambani brothers last decade that eventually led to the Supreme Court establishing the Centre as the owner of domestic natural gas and the formula-based pricing that followed — first the Rangarajan Committee formula, which was replaced with the current formula after the NDA came to power in 2014.

With increase in competition, arm’s length, market-linked price for domestic gas could work out cheaper than imported gas due to cost savings on freight, insurance and regasification, and be a win-win for both sellers and buyers across consuming sectors. Even so, gas imports will likely continue to grow in absolute terms given the huge demand in the country, but over time, import dependency should moderate.

Besides the existing LNG terminals in Dahej and Hazira (Gujarat), Kochi (Kerala), and Dabhol (Maharashtra), work on setting up new terminals such as those in Ennore (Tamil Nadu) and Mundra (Gujarat) is under way. But transnational pipelines such as TAPI (Turkmenistan – Afghanistan – Pakistan  India) and IPI (Iran – Pakistan – India), that have been planned for long, are likely to remain pipedreams due to seemingly irreconcilable security, pricing and geo-political concerns.

On the demand side, accelerating the building of gas infrastructure across the country in co-operation with local authorities is essential. Also, facilitating substitution of alternative fuels with gas in various user segments should help improve off-take. Supply at reasonable, competitive prices will help generate demand.

Market-linked pricing of gas, while the right way forward, could have an impact on the burgeoning CGD sector. Over the past few years, CGD has been in the limelight with the government keen to expand the network. The recent 9th and 10th round of auctions — the largest so far — have seen strong response from many players.

The sector’s growth has been predicated on the priority allocation of cheap domestic gas for use as compressed natural gas (CNG) in vehicles and as piped natural gas (PNG) in households. With more than 400 districts (about 70 per cent of the country’s population) likely to have CGD networks over the next two to three years, the demand for domestic gas is expected to increase rapidly. In 2014, only 66 districts were covered by the network. Already, there are complaints of long queues and waiting periods at CNG stations in cities such as Delhi and Mumbai.

Unless domestic gas production ramps up, catering to the hugely expanded network across the country in the future might pose a challenge; this will have implications for other consuming sectors too that may have to sacrifice more. Also, with a large portion of potential domestic gas supplies being given pricing freedom, the sourcing cost will likely go up.

Whether CGD companies have factored this dynamic in their bids some reported to be quite aggressive needs to be seen in the coming years. Failure by these companies to adhere to contractual commitments could mean supply shortages and consequent penalties and legal quagmires, putting at risk the government’s plans for a gas-based economy.