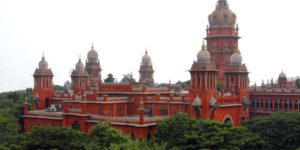 Chennai: The Madras high court on Thursday dismissed a plea seeking to stall awarding hydrocarbon project in Neduvasal to a Bengaluru-based firm alleging irregularities in the tender process.

According to the petitioner, hydrocarbon excavation project at Neduvasal in Pudukottai district was awarded to Gem Laboratories Private Limited, Bengaluru, in clear violation of catena of Supreme Court judgements, wherein it was held they should only be done through public tender and not by e-bid.

The petitioner also alleged it was done on extraneous considerations and not through a fair and transparent policy. He further alleged that wells dug by ONGC in the Cauvery region had caused adverse impact on the farming community in Tamil Nadu and by approving the hydrocarbon project the union government had made it evident it ‘targeted’ Tamil Nadu as a testing ground for schemes harmful to environment and people.

Claiming that there were incidents in Pennsylvania, Ohio in USA, where ground water as well as surface water had been contaminated due to leak of fluids from hydrocarbon projects, he wanted the Neduvasal project to be scrapped as it could lead to radioactive contamination, water scarcity, air pollution, sand shifting and possibility of earthquakes.