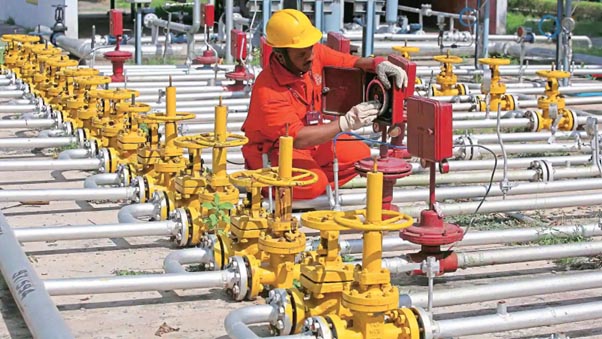 Adani NSE -3.05 % Total Gas, Torrent, AGP, and other city gas companies have demanded an extension of more than two years from the regulator to complete their promised work programme, citing past Covid restrictions. If the regulator agrees, companies can escape penalties for missing work programme targets and enjoy an extended marketing exclusivity.

The Petroleum and Natural Gas Regulatory Board has almost finished hearing companies’ petitions regarding the extension and will likely announce its decision in a fortnight. Companies widely expect the board to accept their demand, according to people familiar with the matter.

Companies have annual targets for laying pipelines, building CNG stations and connecting new piped natural gas (PNG) customers. At the end of each contract year, the regulator can levy a penalty of Rs 750 for each PNG connection shortfall, Rs 150,000 for missing each inch-kilometer of the pipeline, and Rs 20 lakh for each CNG station not built.

In the past two years, most companies have missed these targets, with the worst performance seen in getting new PNG customers, as per people familiar with the matter. Their performance in setting up CNG stations has been much better.

City gas companies have traditionally been more focused on CNG, a super-profitable business, than on acquiring PNG customers, which doesn’t fetch much margin.

Companies want PNGRB to waive penalties due to missed targets. “Counsel appearing on behalf of the review petitioner submits that the entire Covid period may be considered en-bloc, and a time period of 24 months along with an additional period of two months restoration period, on the discretion of the PNGRB, will suffice for the loss on the account of force majeure due to Covid,” according to a PNGRB order with respect to Torrent Gas that’s posted on the regulator’s website.

City gas companies had declared force majeure soon after the outbreak of the pandemic in early 2020, and sought the extension, citing national and local lockdowns. In November that year, PNGRB approved force majeure and permitted an extension of 129 days to 251 days, including 69 days of nationwide lockdown, varying periods of local lockdowns by states and district authorities, and 60 days for restoration.