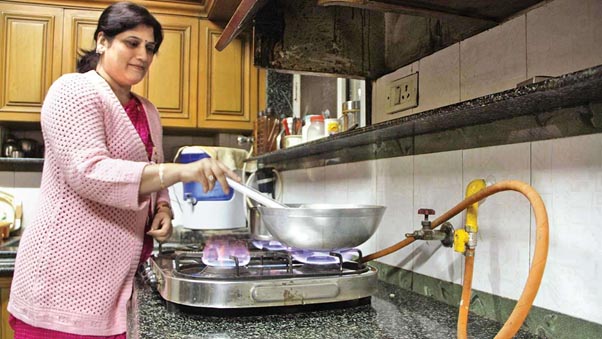 PATNA: More than 25,000 households in Patna city have so far opted for piped natural gas (PNG) connection for cooking purposes by giving up Liquefied Petroleum Gas (LPG) cylinders. The Gas Authority of India Limited (GAIL), which is laying underground pipelines to supply PNG to households, has created the infrastructure to cover at least 50,000 houses and apartments in the city.

The GAIL has set the target to lay the pipeline to supply PNG to 14 lakh households with an expenditure of Rs 2,500 crore under the Pradhan Mantri Urja Ganga Yojana launched in February 2019.

A GAIL official said 7,500 households in Patna are using environment-friendly fuel. Further, he added that the number of piped cooking gas connections has gone up by 87% in the last 6-7 months, as 4,000 houses were using PNG in September last year. The jump in PNG connection can also be attributed to rising in LPG prices.

Ghayur Alam Zahiri, chief manager GAIL-Patna, said they have received applications from 25,000 households for PNG connection. He stated that It would take 15 days to 3 months to start the supply of piped cooking gas to these households. We are expanding our pipeline network and one district regulating station (DRS) has been installed at Subhash Park near Gandhi Maidan, to cover the nearby areas.

At least six district regulating stations have so far been installed in the city at AIIMS-Patna, BIT-Mesra, IGIMS, Danapur Railway Colony, Anisabad and near Gandhi Maidan.